Beenie Man Tributes His Ex-Wife D’Angel On Her 43rd Birthday: “Blessings to this Strong woman”

Today is April Fool’s day, but the way things have been going, no one seems to be in a pranking mood. Thankfully, we can choose a more celebratory path as we wish various entertainers a happy birthday. One such entertainer is none other than the long-legged beauty Michelle Downer, more popularly known D’Angel.

The dancehall diva has been getting quite a lot of attention on her special day as she took to social media to post a slew of photos of herself in her birthday suit with large sums of money selectively placed so as to shield eyes from her private areas.

She also posted a clip of her son that she shares with Beenie Man, Marco Dean, singing her the traditional happy birthday song, and it is quite apparent that the young Davis certainly knows how to carry a tune. Still, it’s not that big of a shock as he has two musical parents. 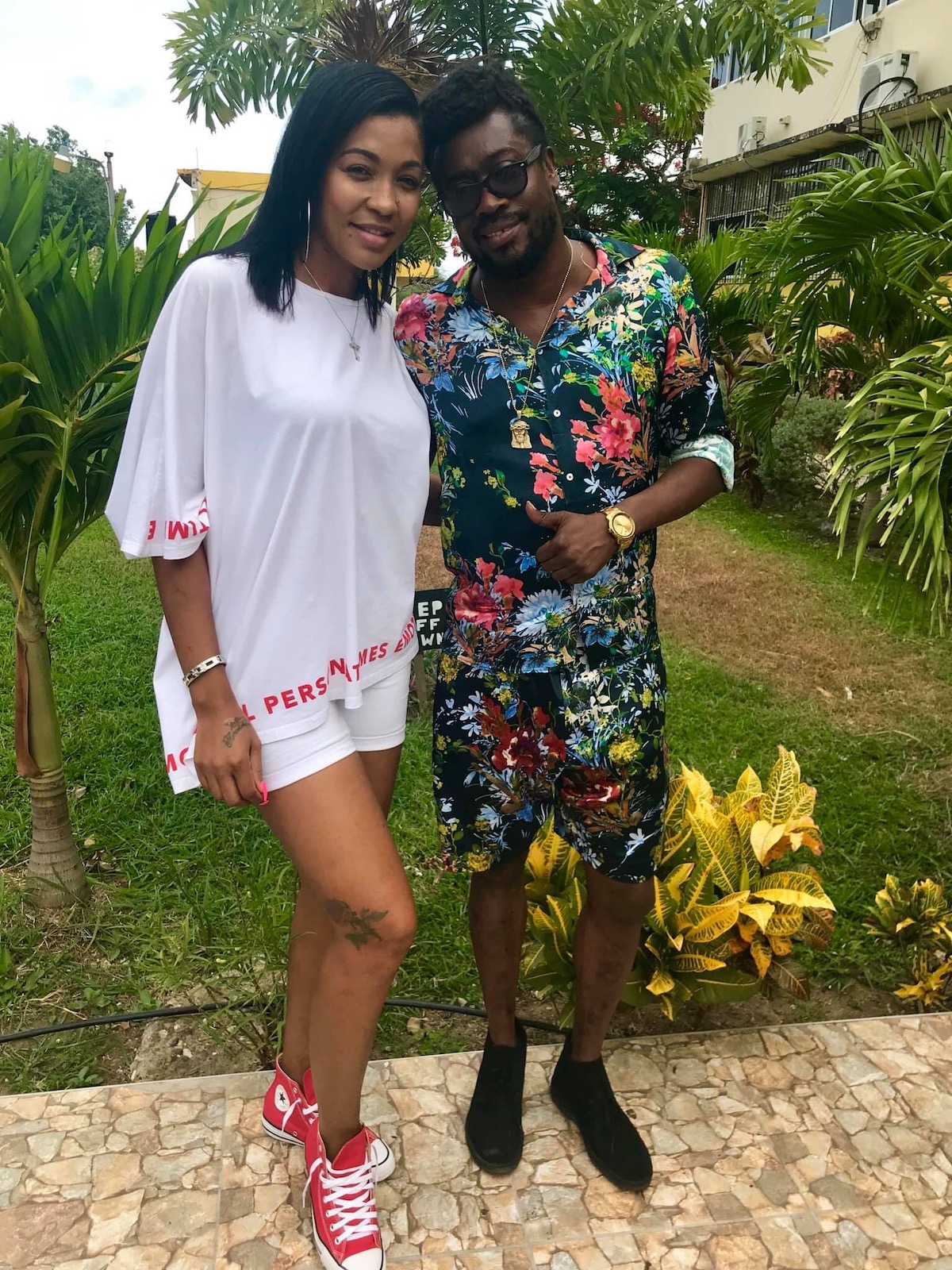 D’Angel captioned the sweet rendition, “Omg Marco thank you so much this made my entire Bday forever mi smile, mi laugh, mi bawl, mi happy but for real I’m at my happiest when my son sings and now he’s singing for me I’m on top of the worlddddddd. Let my Bday begin.”

And begin it has, as Marco Dean was not the only one who was expressing their appreciation and love for D’Angel. His father, King of the Dancehall, Beenie Man, also shared his own wishes via the social media platform Instagram. He posted a series of photos, one with just D’Angel and another one of himself D’Angel and Marco Dean.

The post was captioned, “Blessings to this Strong woman on her earth day! To a good friend and a GREAT MOM.”

Immediately his fans and followers started liking the post and commenting their thoughts, with a few even questioning if this was a sign the two had reconciled. Others were quick to shoot that theory down, explaining that Beenie Man is noted for sending wishes to the respective mothers of his children. Beenie infamously has twelve children with just as many different baby mothers.

On August 22, 2006, Beenie Man and D’Angel got married after a whirlwind romance, and Marco Dean is a product of that precious union. The pair later divorced in June 2007. Over the years, they have sought to have an amicable relationship, even releasing a song together in 2010 titled “You Are My First.” Their divorce was finalized in 2011. Since then, both have gone on their separate ways, with Beenie Man moving on to have numerous relationships, most notably his most recent pairing with politician Krystal Tomlinson whom he also had a child with. Earlier this year, Beenie Man announced he had broken up with his longtime girlfriend, Krystal Tomlinson to the dismay of many fans who believed they were a match made in heaven.

Following Beenie Man and Krystal’s split, many have deduced that D’Angel is the one for the dancehall legend and are hoping that this will now make way for them to reunite while simultaneously commending Beenie for being mature, positive, and genuine. For now, fans will have to wait for more official confirmation and will have to satisfy with seeing the exes living amicably.