DJ Khaled has been making waves in Jamaica ever since he touched down. The super producer who often pays homage to the cultural island for his musical background has recently been working on his forthcoming album, Khaled Khaled. Already, DJ Khaled has linked up with the likes of Buju Banton, Bounty Killer, Capleton, Barrington Levy, and more. He even had rap group Migos and Grammy-winning R&B singer H.E.R.

Teejay and the other members of the Romeich Entertainment outfit are yet to be seen in Khaled’s company, but the main producer in the Uptop camp has made his acquaintance. J-Don Heights, who is responsible for engineering some of Teejay’s biggest hits was spotted hanging out with the producer at Buju Banton’s studio in Kingston. 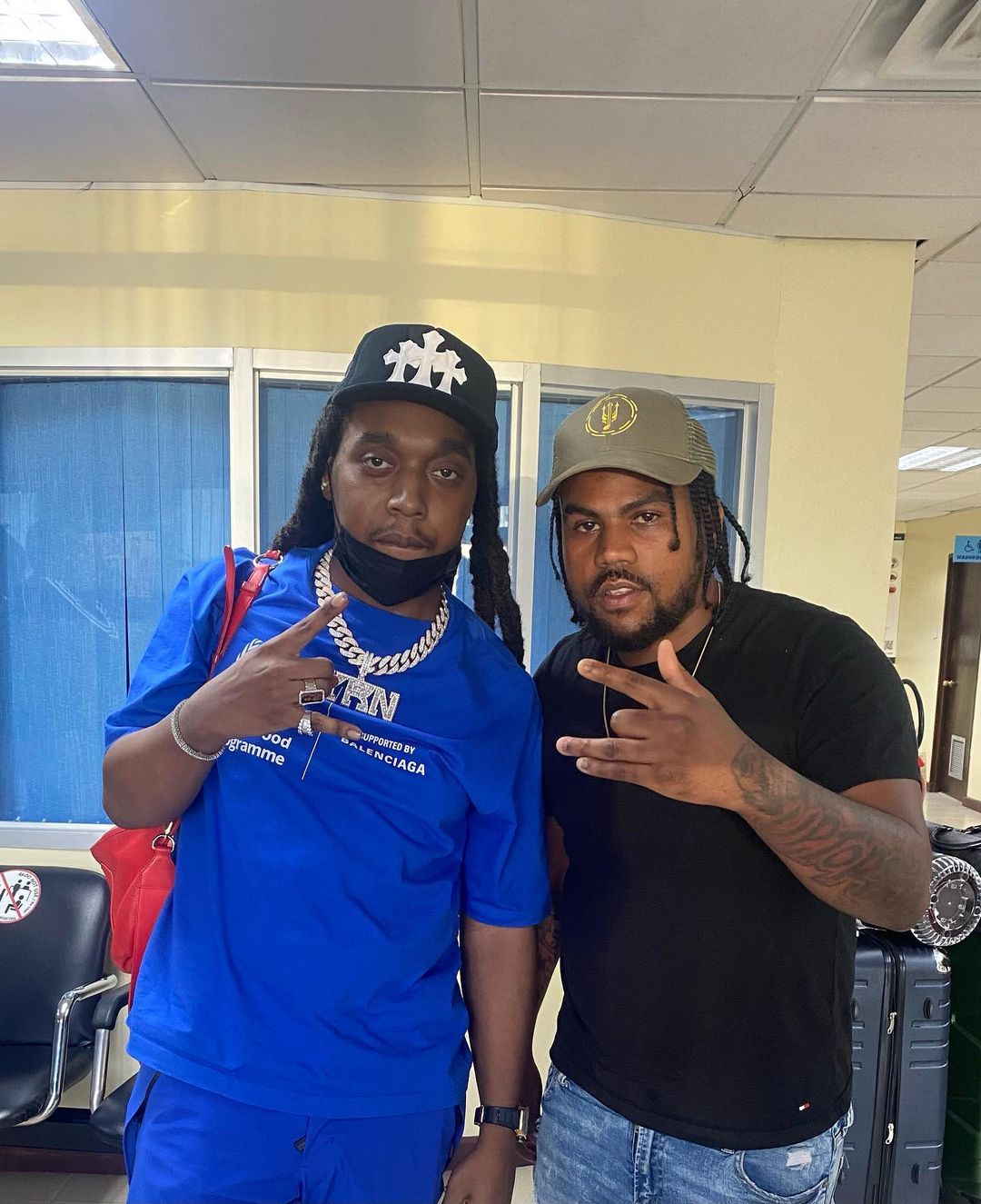 In a video he shared to Instagram, J-Don Heights is seen fist bumping Khaled and touting their brands to the camera. “Uptop,” he said as Khaled took over the clip with his usual mutterings about his We The Best Music label. “We at Gargamel studio,” DJ Khaled said. “Not anybody come through dem gates. Real big man a come through only,” he added as an amused J-Don offered as-libs.

“Miami to JamRock ‘A nuh every body fawrd through the gate!’ #UptopCamp #WeTheBest @uptopboss_official we out ya!” J-Don reinforced in the caption. The dancehall producer also shared photos with Migos rappers Quavo and Takeoff, who were getting ready to jet set back home. “Big up u self @quavohuncho @yrntakeoff real g dem! @migos look out!” he wrote with the hush emoji. Surprisingly, Offset was not in the mix.

It is unclear whether J-Don Heights was able to secure a single with the Migos for the Uptop label or was involved in the making of any of the DJ Khaled-produced tracks. However, he was definitely hinting that there is something in the pipeline involving the rappers and himself. Then again, he could have just been drinking in the opportunity to be in the studio with Khaled while the Grammy-winning producer worked on his impending album.

According to DJ Khaled’s latest update, the album is 98.1% done. Even after leaving Jamaica, the producer continued to work on Khaled Khaled a thousand feet in the air. “Jamaica I love you. Thank you for the hospitality. We made history. Get ready,” he said in an Instagram video. “Thank you for always loving me and my family,” he added in the caption. While in Jamaica, DJ Khaled recorded and mixed songs and even shot scenic music videos for the album as well.

Though J-Don Heights managed to align himself with the American producer before his leave, it is yet to be seen if there is a collaboration on the horizon. The talented producer has curated a number of popular tracks for the Uptop camp, including some of his own. His latest single, “Evidence,” was released in January and is steadily racking up views. Meanwhile, he recently teased a new song and music video on Instagram, asking fans if he should drop.