Lukashenka addressed the “fugitive” Belarusians: “Home, on my knees, crawling”

“Let the Poles throw you at the border as fugitives, and we will pick you up”

Belarusian President Alexander Lukashenko delivered his annual address to parliament. He acknowledged that there may be people in the country who are dissatisfied with his rule, but outside forces are behind every protest in the country. Now, for a fee, Western states send “fugitive” oppositionists to kill Belarusians and the head of state himself. 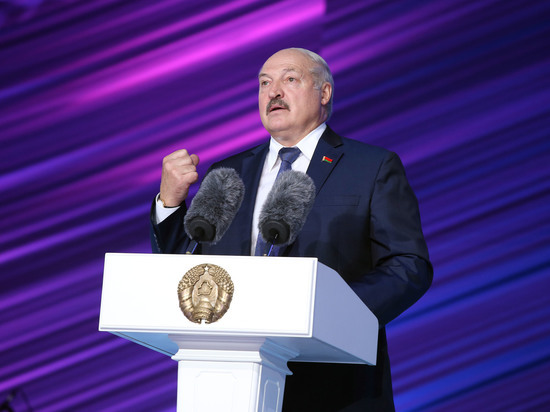 In his speech, Lukashenka described what would happen if people who are now in prisons came to power. “They planned to connect Belarus to the future system of liquefied gas supplies from the US to Eastern Europe. What would it lead to? Look at the current spot gas prices, and what a queue lined up to meet American tankers. And there are queues to meet American tankers that go to the Pacific region, but not the countries of Euro-Atlantic solidarity. And in this situation, would there be a place for us there, our Belarus, if there are not enough of our own?” Lukashenka noted.

According to him, the opposition candidates were going to reduce the number of employees in the education and health sectors, which would lead to mass deaths and paralysis of the entire social system. “They pulled Belarus into NATO, offered to completely switch to NATO standards, send the military to educational institutions and centers of the countries of the alliance. This would lead to colossal spending on weapons and, ultimately, missiles near Smolensk. Do you think Russia would calmly look at it? They wanted to abandon the Russian language. Our Russian language. To swear allegiance to extremist symbols, to organize a mass demolition of monuments,” the president listed.

People who tried to seize power in Belarus, but were forced to flee to Poland and other Baltic countries, according to Lukashenka, are now disappointed with “life, in which they were.” “Even at the very top there is no money. They do not want to finance their offices and demand radical measures: “Kill someone in Belarus, show a picture, we will pay. Make an attempt up to the main thing – we will pay. They had to understand that everything starts small and ends with this. But if you go to kill me, you know what the reaction will be,” he said, urging them to return home, repent and kneel.

Lukashenka promised to protect Russia in case of war live