Osoaviakhim – a parachute tower or a social elevator and a shield of the country? 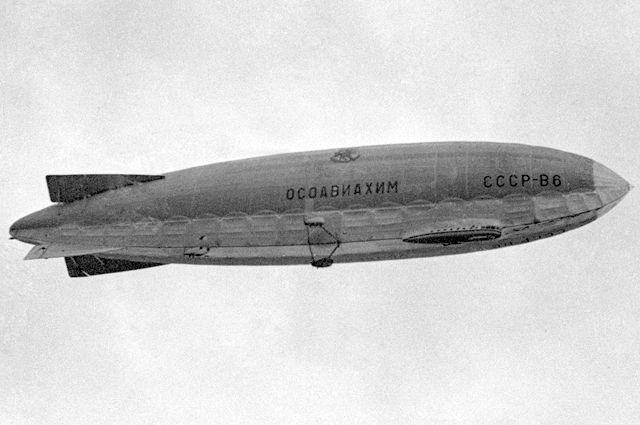 95 years ago, on January 23, 1927, an act of “merger of two or more business entities, as a result of which a new economic unit appeared” took place in Moscow.

This term, referring to the processes of consolidation of business and capital, now has an ominous character — after the “merger”, as a rule, “optimization” begins, which does not end with anything good. “Efficient managers” engaged in the exciting business of cutting costs and laying off qualified employees sooner or later get their way by “optimizing” enterprise before bankruptcy.

Let's repeat — it is now. Then, in the young Soviet state, such mergers were carried out with a clear understanding of why and who needed it. Suffice it to say that on that January day, the main initiator of the merger was People's Commissar for Military and Naval Affairs, “First Red Officer” Kliment Voroshilov. The result of his initiative was the unification of the two largest public organizations. The affairs of the first were supervised by the people's commissar himself, and this organization was called OSO, that is, the Society for Assistance to the Defense of the USSR. The second was once created under the patronage of Mikhail Frunze, and it was called Aviakhim, since “friends of aviation, chemical defense and the chemical industry” were members of this organization. After the merger of these major entities, a completely already gigantic monster was obtained, called Osoaviakhim — “Society for the Promotion of Defense and Aviation-Chemical Construction of the USSR.”

Now the abbreviation is hanging somewhere on the periphery of consciousness and memory. Most often, Osoaviakhim is associated with the appearance of a parachute tower in every Soviet park, and with loud slogans of a bygone era — “Young people, on the plane!” and “Our Response to Chamberlain.” In a word, something that falls into the frivolous category of military sports games like Zarnitsa.

In general, this corresponds to the historical truth. With the only amendment — the structure was more than serious & nbsp; and prepared its wards not for a military game, but for a real war. What did Frunze say back in 1925: “We need to more firmly implant in the consciousness of the entire population of our Union the idea that modern wars are waged not by one army, but by the whole country as a whole, that a war will require the exertion of all the people’s forces and means, that the war will be deadly, a war not for life, but for death, and that therefore all-round thorough preparation is needed for it even in peacetime.

The aspiration is commendable, but where to get the funds to carry out these grandiose plans? Even then it was clear that the future war would be a war of motors. Let us suppose that with motors, that is, with tanks, planes, automobiles, tractors and other machines, the problem was solved in full accordance with the slogan of the first five-year plan: “Expanding the import of machines in order to get rid of the import of machines.” By the end of the first five-year plan, if the goal was not achieved in full, then the finish, in general, was clearly read — back in 1931, the value of machine-technical imports was approximately 3,154 million rubles. And by 1934 it was reduced to 569 million rubles.

But by themselves, these “motors” — just iron. To revive it, we need people who can with “motors” be managed. And this means that we need driving schools, we need flying clubs, we need shooting ranges, shooting ranges, we need, in the end, the notorious parachute towers … Where can you get all this stuff if the budget is almost entirely subordinated to the tasks of industrialization?

The scheme was thought out witty. To begin with, it was announced that all these wisdoms would have to be learned on the job. Roughly speaking, at five in the morning you are at the flying club, you study theory until six, until seven — materiel, at seven — parachute jump, at eight — to the machine, or wherever else you work there. And after the end of the working day — self-training. Yes, and do not forget to regularly pay membership dues, which will go to the treasury of Osoaviakhim and go to the salaries of instructors and the purchase of rifles-parachutes-cartridges-uniforms…

Someone will probably call the scheme witty, but predatory. They say that not only have the youth been loaded above the ears, but they are also forced to pay money.

In fact, everything looked more or less fair. So, none other than Aleksey Rykov became the first chairman of the Central Council of Osoaviakhim. Chairman of the Council of People's Commissars of the USSR, actually — head of state, he took on a new social burden. By the way, also without interruption from the main work. And he paid dues on an equal footing with everyone else.

And most importantly, Osoaviakhim has become an incredibly effective social lift. In fact, for not very large contributions, a young person could master a new promising profession or skill without interrupting the main production. Because Osoaviakhim — it's not just skydiving and shooting to get the Voroshilov Rifleman badge. This is piloting aircraft and aviation equipment. It's topography and communication. These are works in the field of chemistry, biology, the study of the upper atmosphere and rocket science.

Yes, the later famous Jet Propulsion Study Group, GIRD, where Sergei Korolev began his rocket career >, was established in 1931 under the Central Council of Osoaviakhim. At the same Central Council, the Stratospheric Committee was created, where, among other things, they dealt with the problems of inhabited pressurized gondolas of stratospheric balloons — it was this backlog that later became the main one for the development of the descent vehicle of the first Vostok spacecraft.

In a word, Osoaviakhim was a huge, complex, branched structure. It strangely combined scientific and inventive circles and societies, where a promising young man was noticed and started to be promoted, and purely military-applied disciplines — by 1941, about 80% of the personnel of the ground forces of the Red Army and almost 100% of the aviation personnel had passed through the Osoaviakhim schools.

Yes, and in terms of preparing the population for a big and terrible war, Osoaviakhim did not blunder. British observers who were in Moscow in the summer-autumn of 1941 noted how competently and disciplined ordinary citizens behave when they are called to help the air defense troops — almost like real fighters. In London, as observers noted, this was not the case — during the Nazi bombings, panic and horror reigned there, at least at first.

Of course, this was not the case in London. Because there was no “monster” Osoaviakhim, who managed to create 4 million (!) Air defense circles, through which 33 million Soviet citizens passed. In total, over the years of the war, 98 million people were trained in the organizations of Osoaviakhim.