Russia received a call to war

Who will run out of patience first

In fact, things are much worse. This is not NATO in the person of Stoltenberg or America in the person of Biden are trying to destroy Russia (and China too, but it is more difficult). It is not at all that Russia, in the person of Putin, is eager to seize Ukraine and Europe. The new world order, which originated somewhere across the ocean, no longer fits within its borders and, like porridge, climbs over the side of the pan. It is designed in such a way that there is no one to negotiate with. 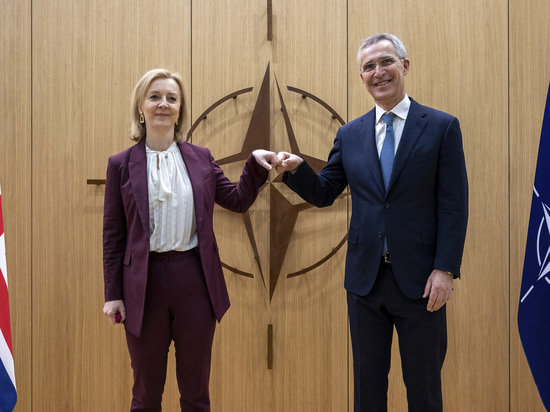 President Trump was the last in America who still tried to save that country of big pickups and opportunities, double-barreled shotguns in the hands of farmers brown from the sun, families with many children in one-story houses with a jug of iced tea on the porch, his own rules and his own opinion about everything in the world. He was devoured by Something – shapeless, changing gender every two seconds, incoherently shouting something about black lives, colonialism, oppression and infringement for any reason, a menstrual cup, a carbon footprint and psychotherapy, where without it. Something obviously not controlled by anyone, shaping its agenda from a cloud of thoughts of social networks and a swamp of feelings of social injustice. Standing for diversity and freedom of speech, but not tolerating diversity and freedom of speech that does not coincide with his opinion.

This Something does not have at the head of a dashing, hungry, evil and cheerful colonel from the twentieth century, overthrowing and establishing regimes, who has rockets there, rockets here, and now they seem to have agreed. There is no such colonel to whom one can write. Russia wrote. But this is not even in the grandfather's village. It's like writing to the Internet – it seems like there is an addressee, but there is no decision-making center.

Therefore, the result is predictable: Russia says – move your troops back, you want to attack, the West answers – move your troops back, you want to attack. But in fact, the United States as a state does not need Ukraine. This Something demands (does not directly command what to do, but simply “has an opinion”, and for the disobedient – kansel kulcher) the dissemination of its values, the agenda to all cities and villages. And Biden and Stoltenberg – so, repeaters, smart speaker. And the war can become a consequence of the fact that here, across our border, the new world order will not crawl through in a good way. Something wins there, in foreign countries, almost without bloodshed, they surrender voluntarily (not to take seriously the same BLM pogroms), but what really, consider it won.

Now we and the Chinese stand in the way of the new world order . He climbs to us from all the cracks. And it gets through. Listen, for example, to your “snowflakes”-zoomers. You will hear the same muttering: shelter, mansplaining, veganism, awareness, transgender transition in coliving and, of course, psychotherapy, where would we be without it. And the most important message is bad Russia, because everything is wrong here. Here the souls are circling over the domes with the ringing of the gospel, the icy steps of the temple and the mother in a headscarf carrying her child to communion. Darkness, in short. Outdated values ​​with backward design.

War is just the most intense way to get your opinion across to your opponent. Which of the worlds – new or old – will run out of patience first, it will be the first to start.

The old world, for all its reinforced concrete, is actually quite flexible and capable of compromises. The new world order will not accept this. Only submission is required. And there is no one to negotiate with …