Your Honor! Enemies and stents in the heart – the price of 30 years of service to Themis

Weekly “Arguments and Facts” No. 03. Either a bus, or a vision. When will the modernization of public transport reach cities and villages? 19/01/2022 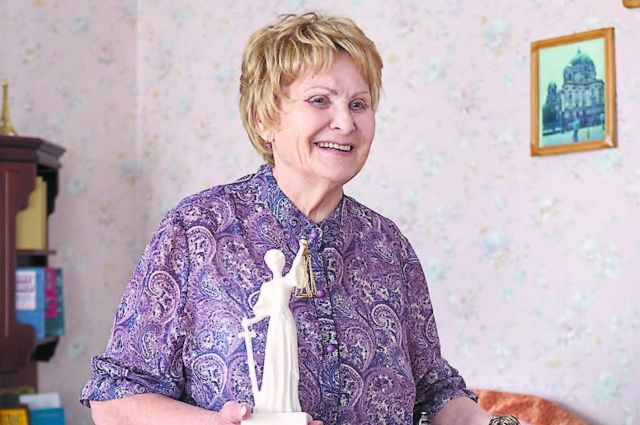 She – the only woman in the judicial community of the Amur region who passed death sentences. The abolition of the death penalty is considered a big mistake. He says that this decision was made by those who did not see photographs of torn children's bodies. 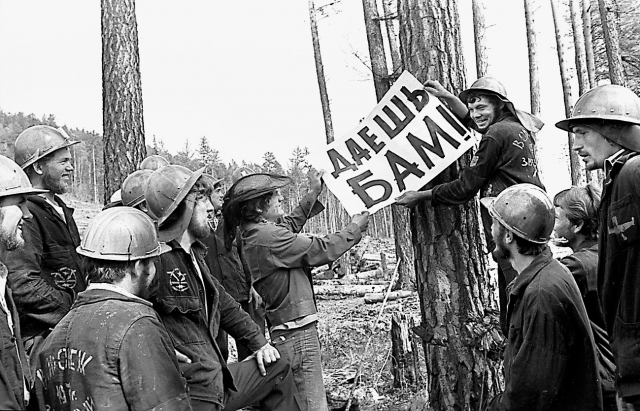 At the largest construction site in the USSR, they stole in especially large sizes in the Soviet sense – from 10 thousand rubles

According to the testament of the grandfather

– How many death sentences have you carried out? – I ask Alla Tertyshnaya, a retired judge of the Amur Regional Court.

– This is a blasphemous question! I didn't count – Alla Semyonovna answers without a pause.

She paid for her first death verdict with a heart attack. In 1983  Yuri Andropov stood on the Olympus of Soviet power, the times were tough and often unpromising. At the  station Erofey Pavlovich, a man was killed with special cruelty.  Dossier Alla Tertyshnaya Born in 1940 in a settlement for special settlers that does not exist today in the north of the Amur Region. She worked as a librarian, methodologist, secretary of the district committee of the Komsomol. Been a judge for 30 years. She says that during all this time she has never been pressured “from above”.

– I still remember the name of the victim – Yozhikov. He was a very good person. At night, he accidentally met with a criminal who carried on his shoulders a bundle of things stolen from a warehouse. The killer simply cut him with a knife, inflicted ­more than 40 wounds.

The trial took place in the village club with overstocking. “The judge has never given capital punishment, so it will cost” this time, reassured the lawyer of the killer's relatives.

– Having studied all the details and circumstances of the criminal case, the people's assessors and I came to a unanimous opinion: capital punishment, – recalls Alla Semyonovna.

When she announced the verdict, the killer's lawyer attacked her first, then a crowd of angry relatives surrounded her. They started throwing stones. There were three women: a judge, a secretary and a prosecutor. Miraculously, they jumped into the train alive. In the carriage, Alla Semyonovna had a heart attack. It was pumped out for a long time by doctors at junction station ­Skovorodino.

– Today I have a heart full of stents, it's all “thanks” to work, – remarks a retired judge. And, after a pause, he adds: ""If everything can be rewound, I would make the same decision again".

She has a heightened sense of social justice from early childhood. In  column "place of birth" terrible is written down: “special settlement”. Her young parents were expelled from Belarus to the Far East as “kulak elements”. Half of the family died in & nbsp; "calf" freight wagons on the road to exile. Nobody buried the bodies. Shedding tears, they were simply dumped at stations – in the hope that someone will bury.

– We lived in deaf taiga, 100 km from Sivaki station, under supervision of the commandant. The scurvy was terrible, but did not starve. Father secretly plowed a field in the taiga and, risking his life, grew wheat and potatoes. Thanks to this, we survived, & nbsp; & ndash; recalls Alla Semyonovna.

Once her grandfather said in passing: they say, “Voroshilovnot a commander…» They immediately informed, and "troika" sentenced him to 9 years in the camps. He served 8. When he came home, sick and powerless, he cried: “Okay, I, but there were such smart people sitting there. Professors and academicians!» That same evening, her grandfather told her: “You will grow up” & ndash; be sure to become a prosecutor and do everything so that    ­­injustice»is as little as possible in the world.

She grew up. She grew up to the second secretary of the district committee of the Komsomol. And at 23 she entered the law faculty of the Far Eastern University.

The criminal side of BAM

The young judge's first place of work was the remote Selemdzha district.

– My predecessor was killed. Many freed traitors to the Motherland and accomplices of the Nazis lived there, who, after serving their sentences, were afraid to go to their native places. Therefore, the situation in the area was difficult, – recalls Alla Semyonovna.

She judged honestly and to the fullest extent of Soviet law. They called her and growled into the phone: “It will be the same with you as with your predecessor.”

– It worked! – she answers my silent question in monosyllables.

For 30 years, Alla Tertyshnaya worked as a judge of the Amur Regional Court. The area of ​​her professional responsibility included the construction areas of the Baikal-Amur Mainline. She remembers the criminal underside of that big construction site to this day.

– While the Vostochny cosmodrome was being built, an abyss of money was stolen. I think that the punishments for these crimes were given too lenient. Incommensurable with the scale of social evil, – she notices.

Once Alla Semyonovna fought for the fate of two teenagers who were convicted for 4 years for a boy fight.

– The boys were good! Well, youth, the boys waved their hands, there were no injuries. It was painful for me to look at their parents. I advised the father of one of them to go to a personal reception at the Supreme Court of the USSR. What do you think, they requested the case in Moscow and  the unfair decision was canceled, – says Alla Semyonovna.

A grateful parent decided to give gratitude.

– He came into my office, took out two sticks of raw smoked sausage from the diplomat: “Take it, you've never tried this” hellip; I kicked him out of the office! What kind of bribes? God forbid! I always was afraid of provocations on this occasion, – she waves her hand.

Today, many of us have forgotten the word “speculation.” And under the Soviet regime, for resale it was easy to get into  prison. Tertyshnaya recalls how she fought off captivity to a disabled person, a person with a severe form of tuberculosis. He dared to resell scarce vodka. Then it was sold in shops on vouchers and was synonymous with hard currency.

– A man was selling vodka in a public toilet in Blagoveshchensk, he lived for it. His pension was meager. And they wanted to put him in jail! – Alla Semyonovna sighs angrily.

She has been in honorary retirement for 15 years, and her incorruptibility in the Amur Region is still legendary.

– This is all the moral hardening of my special settlement! I saw too much injustice as a child and still can't stand it. She made many enemies because of this, including in the professional community. But I can't do it any other way, – she notices.

Alla Semyonovna still remembers the number of the car, which miraculously did not hit her late in the evening, when she left the court building. That day, Tertyshnaya sent the son of one of the police chiefs of the Amur region to places not so remote.

– He was the real criminal. Arrogant, cynical, accustomed to getting away with hands – – she recalls.

The car then missed by just a few ­centimetres…

In Soviet times, off-site court sessions were practiced. Many people came to them, as if they were performances.

– We were judged in tight “red corners”. There were no cages for criminals. Convoys – boy soldiers, to whom the accused were handcuffed. That that's it!

She can't forget the process when the details of the rape and murder of an 8-year-old girl made the convoy soldier faint.

– There, the brains of a child flowed down the wall – These photographs are still in front of my eyes today. Reading out the details in the verdict – I look, and & nbsp; the escort went along the wall. White as death…

She ardently convinces: the death penalty must be returned!

– It was canceled by those who did not see the bodies of the torn children… Today, even if you kill 10 people, the criminal will still save his life. He will be fed, treated and kept in human conditions. And he will most likely believe in God and will still write complaints with quotations from Bible  – Alla Semyonovna wisely remarks.

Despite the harsh profession and the burden of responsibility that she has carried for decades, Judge Tertyshnaya has not lost her positive attitude and optimism. She says with a slightly restrained smile: "Happiness of life – in life itself.